This year’s Gold Coast 600 event was a magical 3-day motorsport event. The Gold Coast weather really turned it on for the full 3 days and the Gold Coast beaches were screaming for attention. Add one of Australia’s finest race tracks to that and you have yourself a perfect Aussie weekend.

The Hot Wheels Stunt Team were set up with their huge Hot Wheels Semi Merchandise and Fun Zone for the kids. They had kids everywhere itching to get a piece of the action, a free signed poster and even a sneaky pic with the stars. This year we also gave out free Hot Wheels balloons and Castrol flags so there was something for everyone!!

The boys were flat out with 1 Drift Show, 1 Hot Wheels Hero’s Show and 2 Motorbike Stunt Shows per day for the full 3 days. For the drift shows Matt Mingay went out firing in his Nascar powered Camaro, Kent Dalton in the Holden Drift Ute and it was Kristen Forces (aka Gary’s) debut in his Rotary powered Mazda RX7. It’s not very often the rotary fans get to see one of their own at a V8 event so it was very well received. Matt and Kent know the track really well so they were fist-pumping to get out and in front of their home crowd. Kris was eager but also cautious as those concrete walls have a habit of creeping up on you and they aren’t very forgiving so Matt and Kent were stirring him up like you wouldn’t believe haha.

This year was little Madzys debut in his Hot Wheels Bone Shaker Junior Drift Car where he was performing the ‘Hot Wheels Hero’s Show’ with Dad as Team ‘Mingay’ Vs Team “Wannabes’ Kent and Kris. If you can’t already tell by the team names, there was a LOT of banter going on between the 4 of them before, during and after the race haha. Madz did an outstanding job and drifted the little track perfectly. Matt, on the other hand, knocked over a few witches’ hats and had to drop down and do 10 push-up’s after one of the races. If you know these 2 well, you know that NOTHING will stand in the way of winning. Kent and Kris defiantly gave them a run for their money though and won 1 of the 3 shows.

Matt and T-Jay then turned up the revs and busted out on their Harleys with team mate Nelso on his Triumph. These guys put on a rock-solid Moto Stunt Show for the fans. They actually perform longer in front of certain buildings if the crowd makes more noise and there were fans holding up ’Smoke Show’ signs and rocking replica ‘Mingay’ spikey helmets and all kinds of crazy things, it was unreal.

To add a something a little different to the mix. Matt and Sheenzy had accommodation on the track so they traveled in and out using their Hot Wheels boat. The Matt was approached by the Supercars to do pick someone up and bring them in on the boat each day….. it was none other than Henrey Fords grandson who is the managing director of Ford as we speak and Dick Johnson.

When the weekend came to an end and it was honestly one of those truly thankful moments. We were surrounded by so many amazing fans, the set up looked a million bucks, Em (Kents better half) brought in her ‘famous’ chocolate brownies to share, all the live shows ran flawlessly, every Drift Car and Stunt Bike was still in perfect condition (which is often hard to come by) and the adrenalin we all felt was amazing so thank you to everyone that came and said hi, brought some merchandise, watched the shows and supported the team, you guys ROCK!! 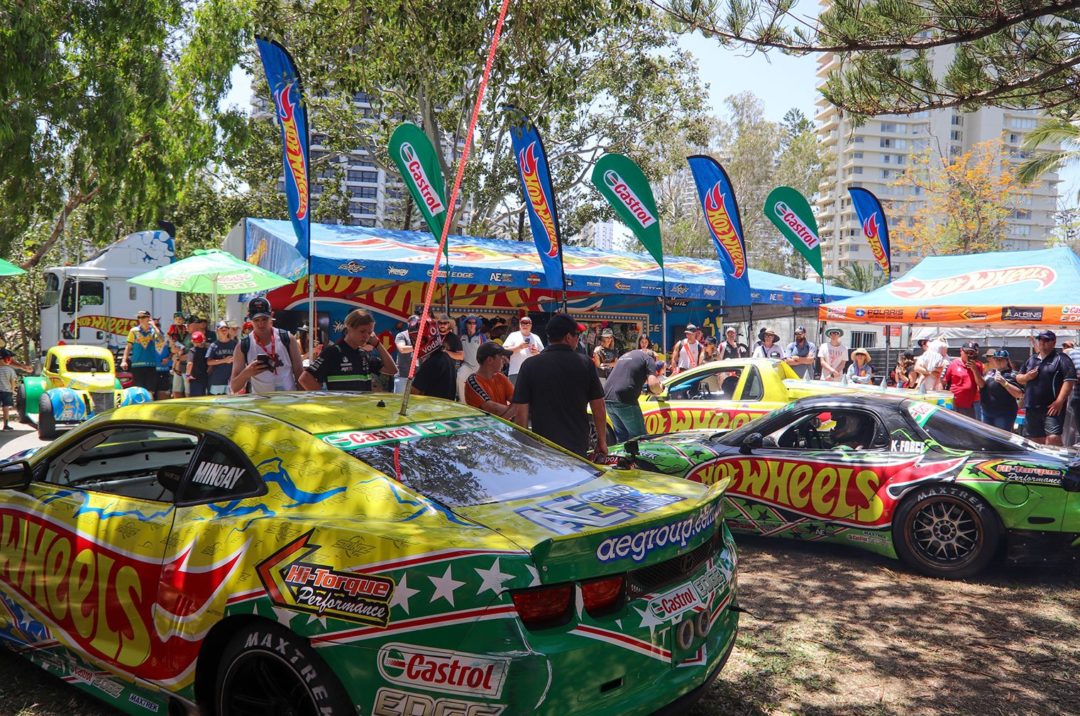 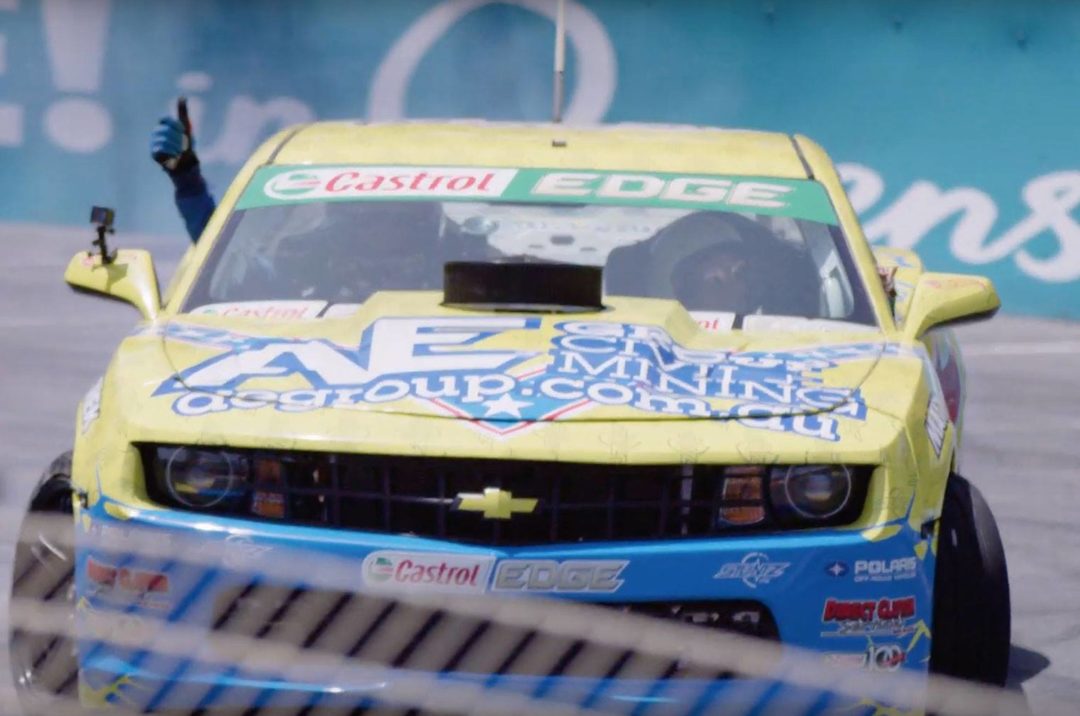 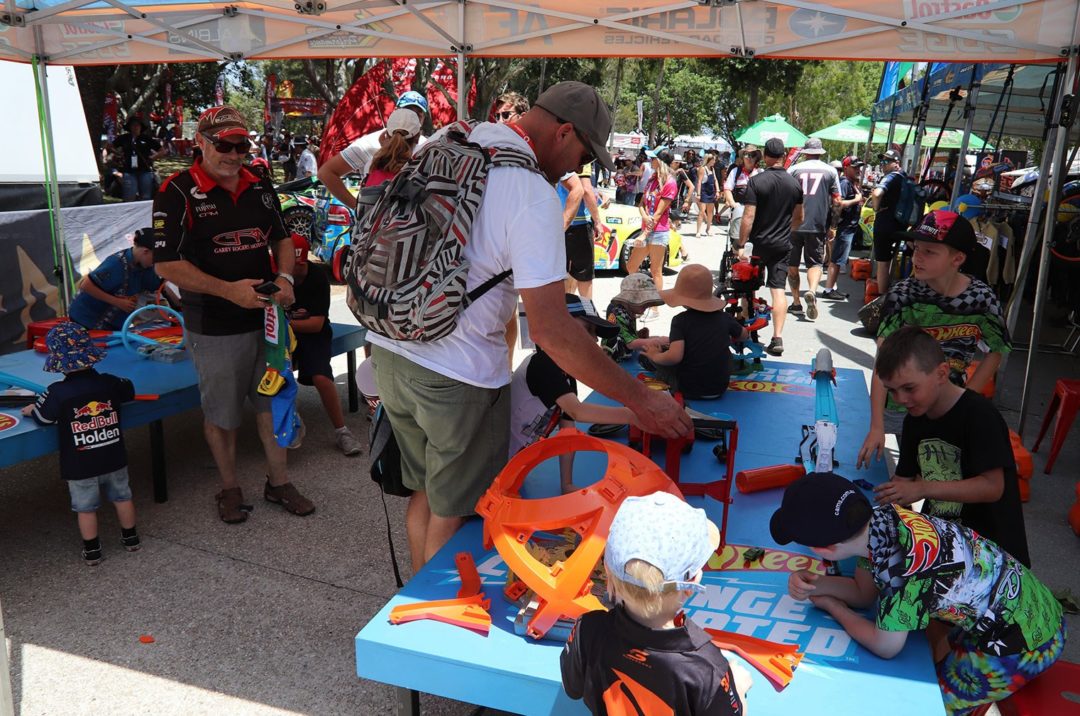 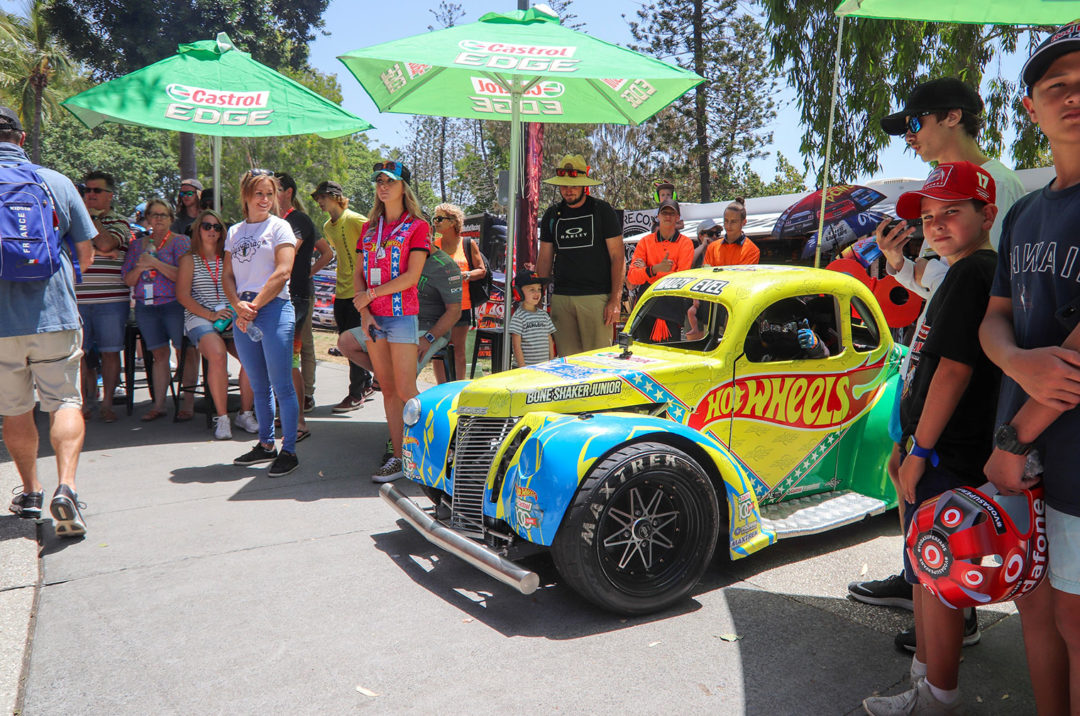 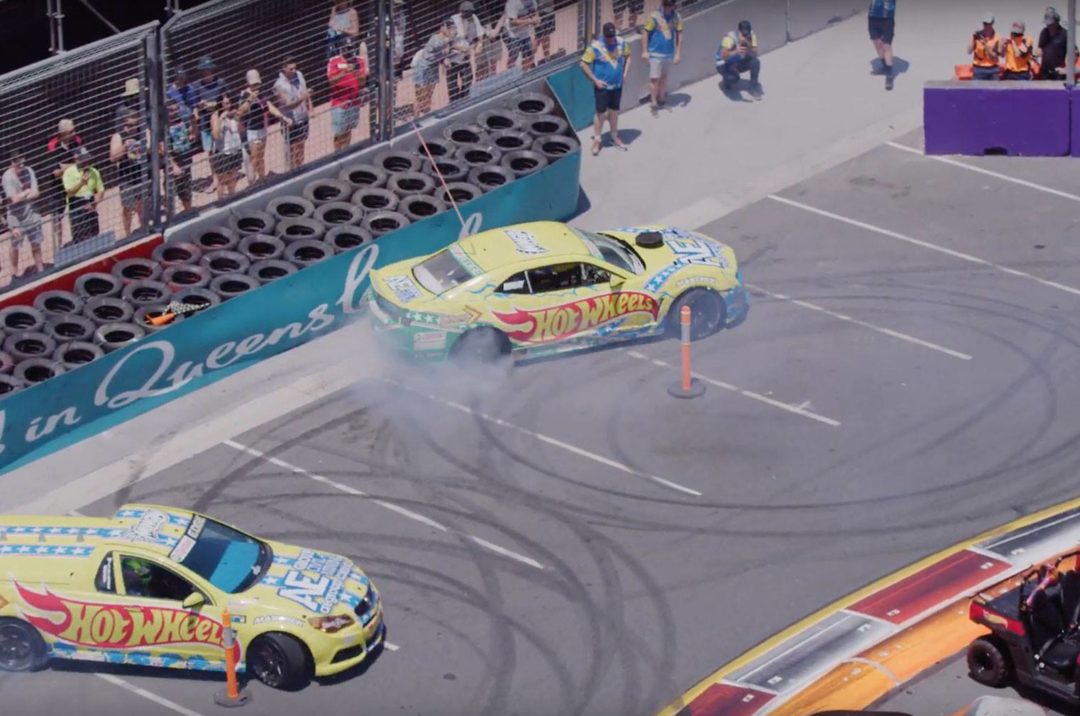 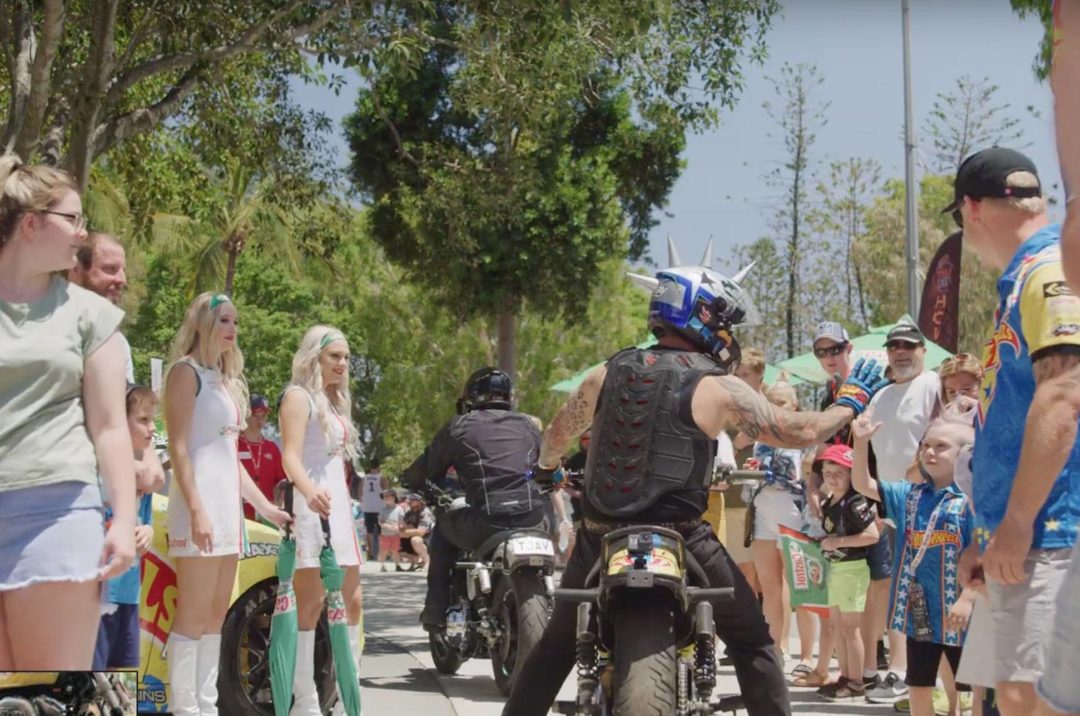